What is Poland Syndrome?

Poland Syndrome is a sequence of one-sided malformations present from birth. The disorder is primarily characterised by a deficiency in the development of the pectoral muscles in the chest, with patients often, but not always, also displaying hand and finger defects.

The condition and its associated features are extremely variable from case to case. This results in minor occurrences often not being apparent from birth or in some circumstances even until puberty, when asymmetrical growth makes the condition more evident.

Other features associated with Poland Syndrome can occur, depending on the severity of the case. Underdevelopment or absence of secondary muscles in the chest, back and armpit region is common, as is some malformation of the hand on the affected side of the body. The degree of hand and digit anomalies vary from a mild change in skin crease patterns to fingers being webbed or joined together by skin tissue or bone (syndactyly), shortened fingers (brachydactyly), or complete absence of some fingers (oligodactyly).

In some cases the nipple and surrounding area (areola) may be absent. In many cases they are underdeveloped, leaving the subject with a child-like appearance to one side of their chest. Women with Poland Syndrome will almost undoubtedly have an underdeveloped breast, which can range from the breast simply being smaller than the correctly developed side, to it being completely missing.

The rib cage may show signs of irregularity, with upper ribs deformed, undersized or sometimes missing. This abnormal bone development can extend to the shoulder, where the scapula (shoulder blade) may be elevated, and bones in the arm of the affected side can be misshapen. Skin in the area may be underdeveloped, making it very thin, and there is often an absence or reduction in the layer of fat underlying the skin, called the subcutaneous layer. Also, hair in the armpit, and if male across the chest, may be patchy or missing.

It is extremely rare for a patient to display all the features of Poland Syndrome, and the degree to which the condition is disabling depends on the severity of the particular case. 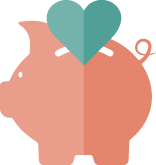